I had fun converting this image to Black and White. The original colour version had quiet subdued blues and greens which I initially warmed to but I couldn’t help but go for a higher contrast black and white treatment in the end.

This is 2 images stitched together vertically with the Canon 45mm tilt shift. 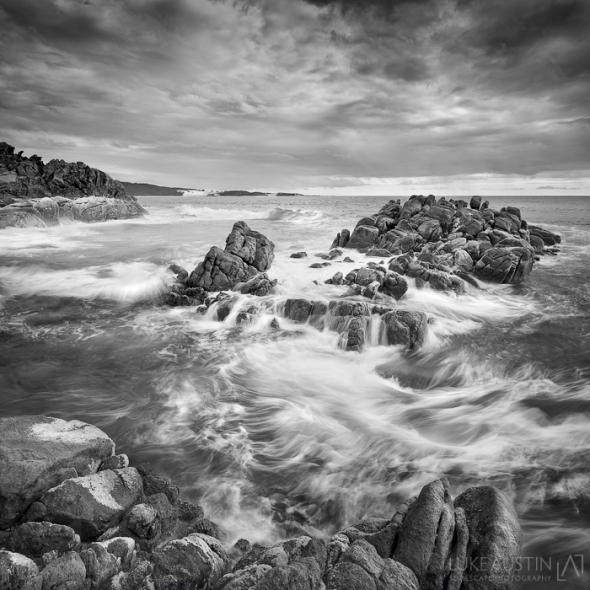 I recently took of on a one week road trip covering some of the south of Western Australia. I had been surfing google earth and noticed this area from the satellite images. With a full moon due for January 9 I decided to head to this location as I thought the moon rising over the expansive area may make for a good image. 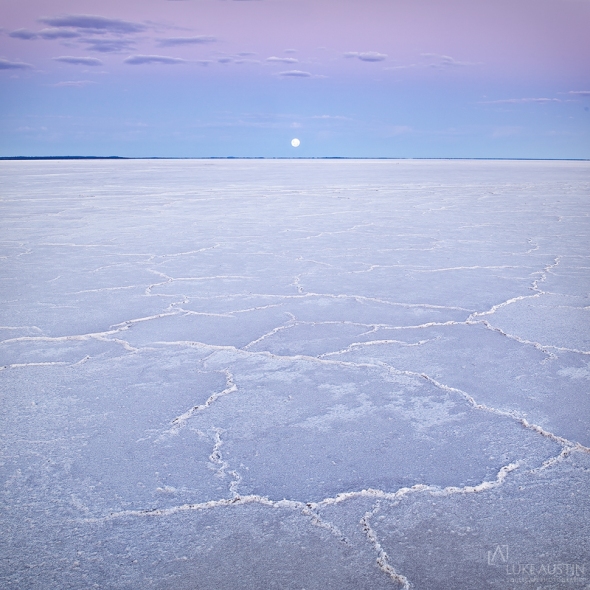 A dead calm Lake Quinalt blanketed in the morning fog. 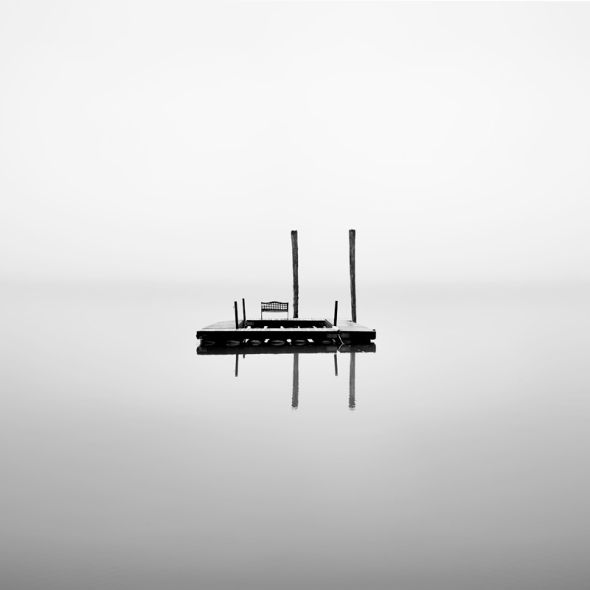 Karijini National Park after a great wet season was incredible. I thought I would start out by posting an expansive view of Dales Gorge, overlooking the popular Fortescue Falls to give you an idea of the lay of the land.

I regard Karijini as one of Western Australia’s and possibly Australia’s top locations for Landscape Photography. The place has a lot to offer, particularly after a good wet season. There are the obvious grand scenes such as the one I have posted as well as the more intimate scenes that are a real challenge to compose and make sense of.  I would have liked to of spent more time doing the latter and hope to do so over the coming years.

Hey everyone, I hope all is well.

Well a few weeks ago I headed up to Lancelin for the evening as conditions were looking promising. This was the first time I had shot an Australian Landscape for quite some time and it felt good to get out there. I scouted the dunes looking for decent lines and compositions, but with the light fading I had to work quickly. I did come away with a few different images but this particular one I thought would suit black and white.

A location such as this is forever changing so you don’t know exactly what you will come away with. I have been back there since and the lines and curves of the dunes were completely different to the previous visit.

Also I have finally got around to creating a Facebook Page so please “follow me on facebook”. The page will be regularly updated with discussion, competitions, new images, new blog posts, my whereabouts and other events. Also if any of you have your own page I will be sure to join. Thanks
Follow Me on Facebook by clicking the “Like” tab 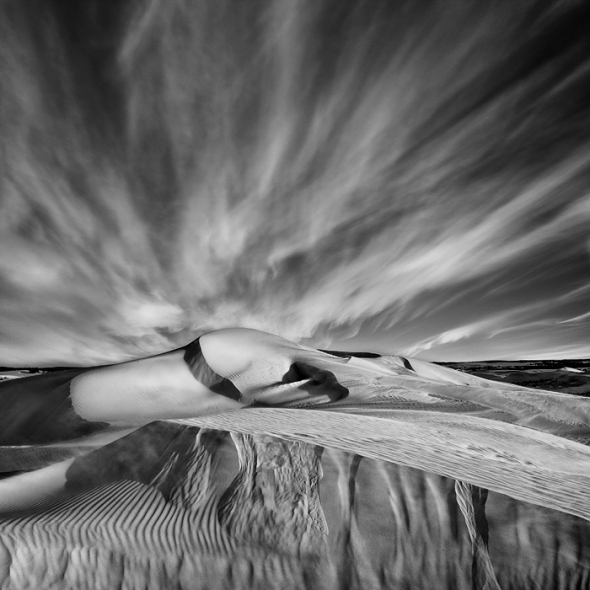 Well I am now back from Alaska. I had an unbelievable time and came away with plenty of new images. I will most likely elaborate on the trip and certain locations when I get around to posting some of the images. I will not process any of the new images until I am behind a decent monitor as I am working off my laptop at the moment.

I hope everyone is well and I apologize that I have not been visiting/commenting on everyones blogs lately. I have spent as much time shooting as possible.

Here is a quick 3 image stitch I threw together from a day spent out in Katmai National Park, Alaska. We were flown in by light aircraft and dropped off on the tidal flats of the Coast. After seeing the pilot off we began hiking up the beach until we reached this inlet.  We just sat and watched as various Coastal Brown Bears made their way along the shoreline in search for salmon. This time of the year the salmon are “on the run” and the bears are doing their best to feed on the salmon as much as possible before winter sets in. It was an incredible site to see and to be out there amongst them a long way from anywhere was very surreal.

It is something I will remember for the rest of my life.

Shot during winter in Monument Valley on the border of Utah and Arizona.

Went out for a shoot at one of my favorite locations yesterday morning. It was great to get out shooting. It has been a while. 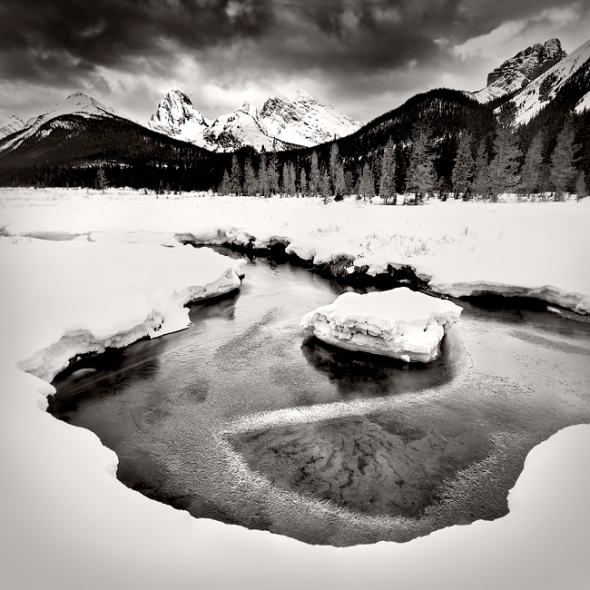 This image was taken from Sausalito looking out toward Angel Island in the San Francisco Bay area.  Myself and Neal headed to the location about 30 minutes before first light which proved to be a good move as this is when I found the light to be at its best for this particular morning.  It was still dark so the city lights reflected nicely off the low lying cloud and light fog that was about.  We were also hoping for a spectacular sunrise but unfortunately the cloud was too heavy on the horizon.

Luck comes into play in a big way when you only have that one or two days to shoot a particular location. You can do as much research as you like, and have allllll the gear at hand, but having the weather do exactly what you want, when you want just isn’t going to happen.  I bet if Jesus was here today and into this whole photography thing he would capture some incredible images.

This is a 8 image stitch taken at the entrance to Hillarys Boat Harbour.

I have been frustrated with the conditions as of late as has everyone else by the sounds of it. So on Thursday afternoon after having my little kip on the couch I woke up and saw some nice clouds rolling through. I thought “MMMmmMM clouds” and then quickly got my gear together and jumpd in the car. It was looking like the large bank of clouds was heading toward the Marina so I decided to head that way.

I took this shot about 5 minutes after the sun had set. The sky was actually lit up with a pink/purple cast in the easterly direction but I was knackered and figured I would stick with this frame which was shot facing north.

A figure or two walking down the path would have been nice…. and maybe a beam of light from the lighthouse. 🙂