On the drive from Las Vegas to Los Angeles we took a small detour and headed through Death Valley National Park. What an amazing place. Just as we arrived in the park the rain began to absolutely bucket down, here I was thinking it didn’t really rain in Death Valley.

The storms that had been battering the Californian coastline had managed to head further east into and beyond Death Valley.  From the time we arrived in the park (noon) until just before sundown it had been continually raining and the skies were grey and dull. Then suddenly in a matter of a few minutes things started to get interesting, the skies began to open a little and I could see light hitting sections of the surrounding mountains. Then after another minute or so it opened right up and a rainbow appeared……. It was one of those ‘get set the f*#k up and take a shot of something’ type of situations…… I quickly pulled over, sprung out of the car, ran around like a nutter trying to find something, anything to throw in the foreground

WOW! a shitty little stream of runoff – you’ll do!

The whole show was only a matter of minutes so I had to make do with what I was given.

Unfortunately we were on a tight schedule and were only in Death Valley for less than 24hours. It is the type of place you could easily spend a week or so shooting as there is so much on offer. Hopefully I will get back there sometime.

It’s been a while.

Well…… I have not been out shooting in the past month and it is slowly driving me mad. It has been a couple of months since my last post and although I haven’t been shooting in the past month I did do a little trip in January throughout Southern Utah, Arizona, Nevada, California, and Hawaii. Images from this trip will come along in dribs and drabs.

This is an image from that trip which was taken during my 2 day stay in L.A. It rained nonstop while I was there and many areas were flooded due to the storms battering the area. I felt B&W along with a square crop would suit this scene well. It was just a matter of waiting until a wave washed ashore and withdrew back into the ocean to get the shot I was after. 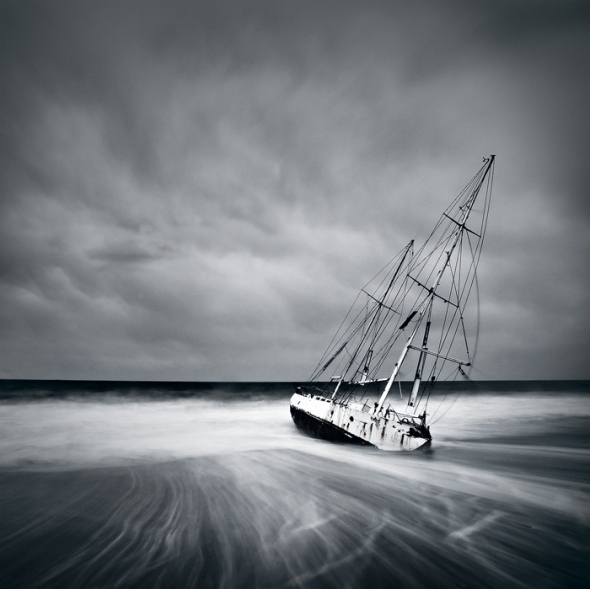 I just want to wish everyone a Merry Christmas, and a Happy New Year. Thank you all for your comments and feedback. Also thank you to those that drop by to view the blog but don’t necessarily leave any comments.

Mono Lake is situated within the Bodie Hills, on the eastern side of the Sierra Mountains.  I really enjoyed shooting this area. It has a lot to offer and I would loved to have spent more time here. This image was shot just before proceeding to the shoreline of the lake and shooting the Tufas (calcium carbonate limestone towers).

Here is another shot from the morning shoot of Sausalito, San Francisco.

This image was taken from Sausalito looking out toward Angel Island in the San Francisco Bay area.  Myself and Neal headed to the location about 30 minutes before first light which proved to be a good move as this is when I found the light to be at its best for this particular morning.  It was still dark so the city lights reflected nicely off the low lying cloud and light fog that was about.  We were also hoping for a spectacular sunrise but unfortunately the cloud was too heavy on the horizon.

Luck comes into play in a big way when you only have that one or two days to shoot a particular location. You can do as much research as you like, and have allllll the gear at hand, but having the weather do exactly what you want, when you want just isn’t going to happen.  I bet if Jesus was here today and into this whole photography thing he would capture some incredible images.