With a change in weather last week it was great to get out with the camera. I absolutely love this time of the year. Perfect temperatures, still evenings and signs of an increase in swell.

I have been posting extra images on my FACEBOOK and G+ pages so please follow there if you would like to see more of my work.

1. radiance – the amount of electromagnetic radiation leaving or arriving at a point on a surface

2. radiance – an attractive combination of good health and happiness; “the radiance of her countenance”

The waves were continually rolling ashore and feeding into this naturally formed pool on the shoreline of one of the beautiful beaches in the South West of our state. There was just enough time in between waves for a perfect reflection to form on the surface, radiating the amazing colours and forms of an incredible sunset.

This is a 8 image stitch taken at the entrance to Hillarys Boat Harbour.

I have been frustrated with the conditions as of late as has everyone else by the sounds of it. So on Thursday afternoon after having my little kip on the couch I woke up and saw some nice clouds rolling through. I thought “MMMmmMM clouds” and then quickly got my gear together and jumpd in the car. It was looking like the large bank of clouds was heading toward the Marina so I decided to head that way.

I took this shot about 5 minutes after the sun had set. The sky was actually lit up with a pink/purple cast in the easterly direction but I was knackered and figured I would stick with this frame which was shot facing north.

A figure or two walking down the path would have been nice…. and maybe a beam of light from the lighthouse. 🙂 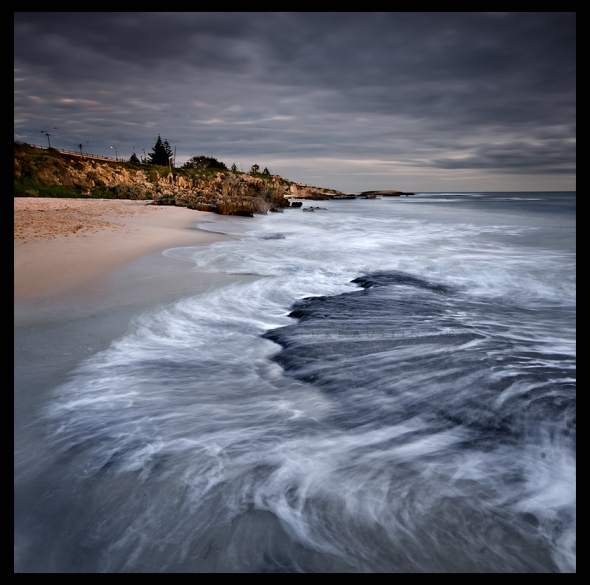 Back to the old single shot image on this one. Keeping it nice and simple.

This is my first completed pano. I’ve finally entered the big WIDE world of panoramic photography. I was scared of the whole stitching thing for a long time. I’m slowly getting the gist of it all but I think it’s going to take a little getting used to.

I’m working on a site in Freo at the moment and we started a little later than usual during the week. The late start gave me time to get down and shoot this before work on Thursday. 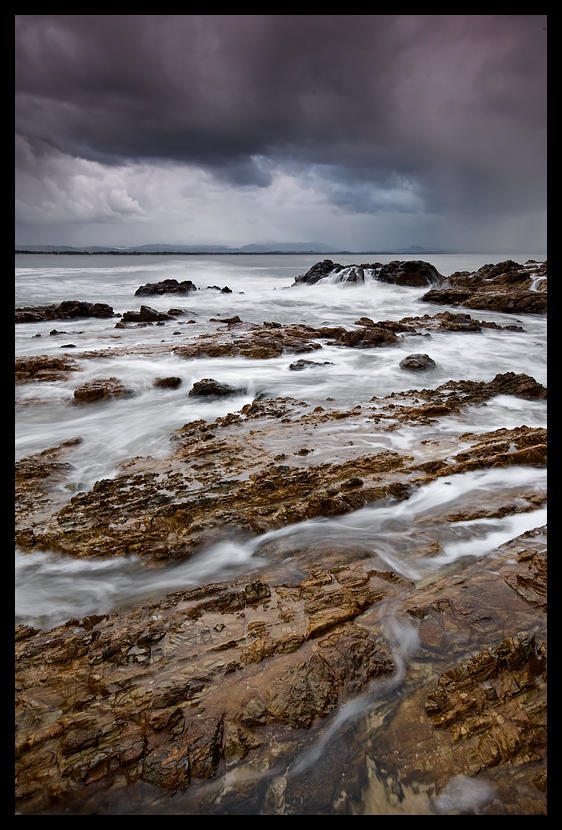 This was shot earlier in the year when I went over to NSW and QLD for a holiday. The conditions over the period were mostly miserable with grey detailess (don’t think its actually a word) skies. This was shot one morning just prior to being engulfed by shitty grey clouds.
I have previously submitted the same shot in black and white to my deviantart page, but looking back on it I thought it deserved a run with colour. 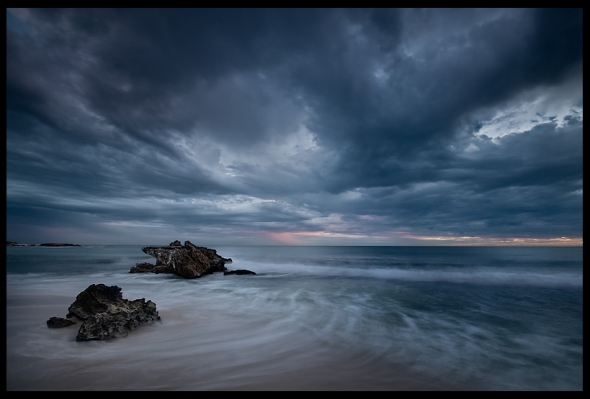 I haven’t been out shooting a lot lately and therefor have not submitted for a while to my new blog. Hopefully over the coming weeks I get more playtime.
This is a shot I took a few weeks ago now.  I wasn’t going to submit it as I am not 100% happy with it but I felt I needed to put an end to this submission drought.
Feedback greatly appreciated. 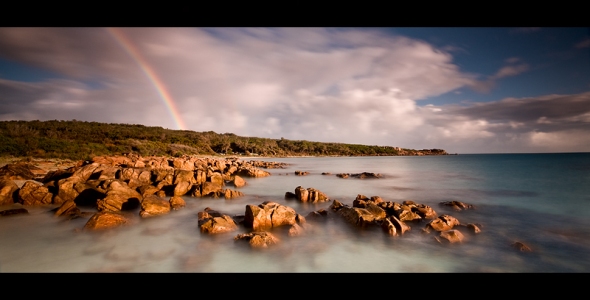 This is one of the shots I got while away down south recently. I was shooting a few different compositions when I saw the rainbow appear. Knowing that rainbows don’t usually stick around long I rock hopped like a mad man until I thought I could get a decent composition. It ended up sticking around for about 5 mins or so.